Hey! I asked the question and I have the answer and I ain't gonna share it with any of you suckers!! And FYI... you all are not even close to the correct number!!!!!

I changed to the 10 finger grip on putts years ago, and chips last year. The other day I practiced pitching at the local club and for some reason decided to use the 10 finger grip (also called "baseball grip"). I hit shot after shot with the contact and distance I wanted. Today, I decided to try it on all my shots. I smashed the first drive. Felt just great. All day, I was making very solid shots. Score will need to catch up but most of my shots were solid and straight. I felt like my hands could communicate with the clubhead in a way I never felt before. I've been using the "Vardon" overlapping grip all my golfing life which is more than 3 decades. Never thought about changing it before - other than small adjustments. But it was feeling so good to grip the club this way. I can't wait until the next round.
OP

ah - maybe the admin wants to merge this thread with the other. I forgot to look for it - sorry to play into you.

Actually, when I started this post, there were 3 things I wanted to mention. One of them was, the 10 finger grip, and I decided to leave it at that, and keep it simple.
But now that I've said that, I want to mention the 2 other things I've incorporated into my play that has helped a lot with my consistency. This IS the "hackers corner" so anyone who considers themselves a hacker might benefit. I've already written about one of the other things: gripping down. That's helped me hit much more solid shots. I'm a bit over 5 feet tall. But very athletic and strong for my size. I can belt it out there well enough but I'm not going to hit the ball a mile. I started gripping down and started meeting the ball much more consistently. And not lose any distance - in fact I'm gaining it.
The 3rd thing that's helped my game is the left heel. Where I used to let it come off the ground at the top (who knows how much, exactly), now I just keep it down on the ground, where I would want to return it to anyway. Watching the pros today, they don't have all that footwork like in the old days - Tom Watson and Johnny Miller. Now most pros seem to keep their feet on the ground until after impact. I actually develop more torque in my midsection than if I allowed the heel to come up. One less moving part. I brace the inside of my right foot against the backswing and keep my left heel down, not transferring a lot of weight (or any) to the right side.
So, that completes my original discussion of the three (3) ideas that have helped my game over many rounds, from the end of last season to now:
1- gripping down the club (and maybe standing a tad closer to the ball)
2- left heel stays down through swing
3- ten finger grip (which I just incorporated on full shots as well as pitches, chips, and putts).
Give it a try. At least at the range. It's helped me get below 100 again. Strokes, that is.

It's not the cure-all I was desperately seeking. Staying with the grip for now, but I've played 2 rounds since the above post and I'm not overly encouraged. Some very good shots but intermittent struggles, doubles, and a 2 triples. Still made many bogeys, a couple of pars, and broke 100 both rounds but I aspire to much greater things.
On the bright side, I'm retired and have a annual pass to all the numerous city courses here in old Albuquerque. I usually walk 18 holes, 3 x a week. If my worst problem is consistency in my golf game, how could I possibly complain?

Libre said:
It's not the cure-all I was desperately seeking. Staying with the grip for now, but I've played 2 rounds since the above post and I'm not overly encouraged. Some very good shots but intermittent struggles, doubles, and a 2 triples. Still made many bogeys, a couple of pars, and broke 100 both rounds but I aspire to much greater things.
On the bright side, I'm retired and have a annual pass to all the numerous city courses here in old Albuquerque. I usually walk 18 holes, 3 x a week. If my worst problem is consistency in my golf game, how could I possibly complain?
Click to expand...

You can always take lessons from Limp.

ejdahl21 said:
You can always take lessons from Limp.
Click to expand... 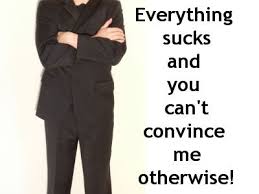 Changed to 10 finger grip about 2 years ago. the overlap and interlock grips just left me with sore and achy fingers after a round. I felt like the 10 finger was just natural to me and after a couple of buckets at the range, I got more and more comfortable with it and do not see myself ever using anything else...

Played almost all this season with the interlocking grip. After playing my entire "golf life" with the 10-finger grip, it was quite a change. Yes. I know it sounds wrong, but the change to an interlock grip cured my fade/slice that had haunted me for years. The interlock has me hitting either a straight ball or a slight draw. The change away from the cut/fade is what has gained me considerable distance this season. Well, that and going to a shorter shaft in the driver where I hit 90% of my fairways. I really think I was trying too hard, with the 10-finger grip, to close the clubface. That effort resulted in an out-to-in swing, giving me the fade/slice tendency.
Some have suggested a potential issue with finger/knuckle stress with the overlap grip. I've had none... so far.

I actually had to go back and re-read this post, including my own original posting. Reason for this was more so outta boredom, but also because when playing around with my kids and our clubs downstairs, all three use a ten finger grip of some variation or form. I started playing around with it as well, man is it comfortable and just natural feeling...

I’m not a full convert yet, but I just may play around with it a little more.
You must log in or register to reply here.