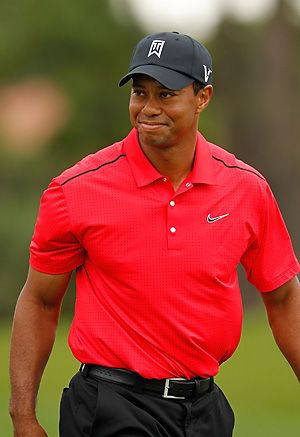 Tiger Woods made it official that he would play in the Honda Classic in Palm Beach Gardens, Fla., and the World Golf Championship-Cadillac Championship at Doral in Miami in a statement on his website Tuesday.

Woods disappeared from the PGA Tour after winning the Farmers Insurance Open in San Diego last month, but he'll return at the Accenture Match Play Championship in Tucson next week. Then he'll begin a busy month in Florida, playing the Honda Classic, which begins Feb. 28, followed by Doral.

If he follows his normal schedule, Woods will have an off-week after Doral, when the Tour stops at Innisbrook near Tampa for the Transitions Championship, then he'll return at the Arnold Palmer Invitational at Bay Hill, where he is defending champion, on March 24.

Woods doesn't vary his schedule often, but he added the Honda Classic last year. It proved to be a wise choice when Woods shot 62 in the final round -- the lowest final round of his career -- and almost caught winner Rory McIlroy. The Honda is also a home game for Woods, who lives in nearby Jupiter Island on Florida's Atlantic coast. Last year, he said that he enjoyed commuting to the course from his home instead of a hotel:


"We travel quite a bit for our sport, and we spend a lot of time on the road. So it's always nice to have time to be able to play and stay at home at the same time. I think it's great to have an opportunity, because you can have your friends and family come out. We don't have that chance; we don't spend half the season at home like most professional teams do. We are always on the road. So it's nice to have them out and watching and supporting."
​
The Honda Classic tournament organizers liked having Woods as well. According to WPTV-News in West Palm Beach, ticket sales for the tournament increased 30 percent last year.

Photo: Tiger Woods smiles after making an eagle on the third hole during his final-round 62 at the 2012 Honda Classic (Getty Images).

Source: MIA Tiger Woods to play three straight events starting at Match Play
You must log in or register to reply here.