Raymond Floyd says he was warned about Bernie Madoff 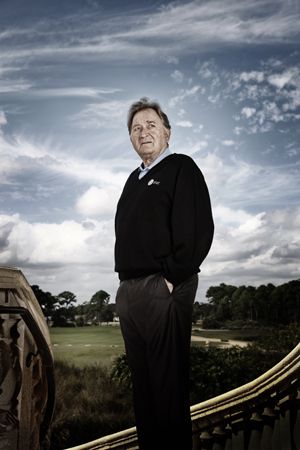 ​
Four-time major winner Raymond Floyd said he invested money with Bernie Madoff, but that his investment with the convicted Ponzi-schemer was "minimal."

In an interview in the March Issue of Golf Magazine, Floyd said Madoff was his neighbor in Palm Beach, Fla., but that they were never friends. Floyd said he was able to avoid substantial losses because he was "careful" about how much money he entrusted to the financier.

“Maria, my dear wife, was very smart,” Floyd said. “We never had [all our investments] in one basket. She kept us diversified. We didn’t have asignificant percentage [of our wealth] with him.”


How well did you know Madoff?

Not at all. We met. He lived seven houses away from me. We didn’t socialize. I’d heard about Bernie Madoff and how much money he was earning [for his clients] yearly. So I asked some dear friends involved in investing. They said, “He knocks all this money out every year, but no one knows how he does it. If you give him money, don’t give him much.” And my son, who’s a Wall Streeter, said, “Nobody knows what he does. Be careful.” So I was.

What was your reaction when his scheme was uncovered?

Look, money is money. It hurts to lose it. It’s like someone stole it. But it was minimal. When I read the stories about people who lost everything—people he swindled and it was their life savings—that just made me sick.
​
You can read the full interview here. The March issue of Golf Magazine is on newsstands now; it is also available free for subscribers on tablets at golf.com/allaccess.

Source: Raymond Floyd says he was warned about Bernie Madoff
You must log in or register to reply here.