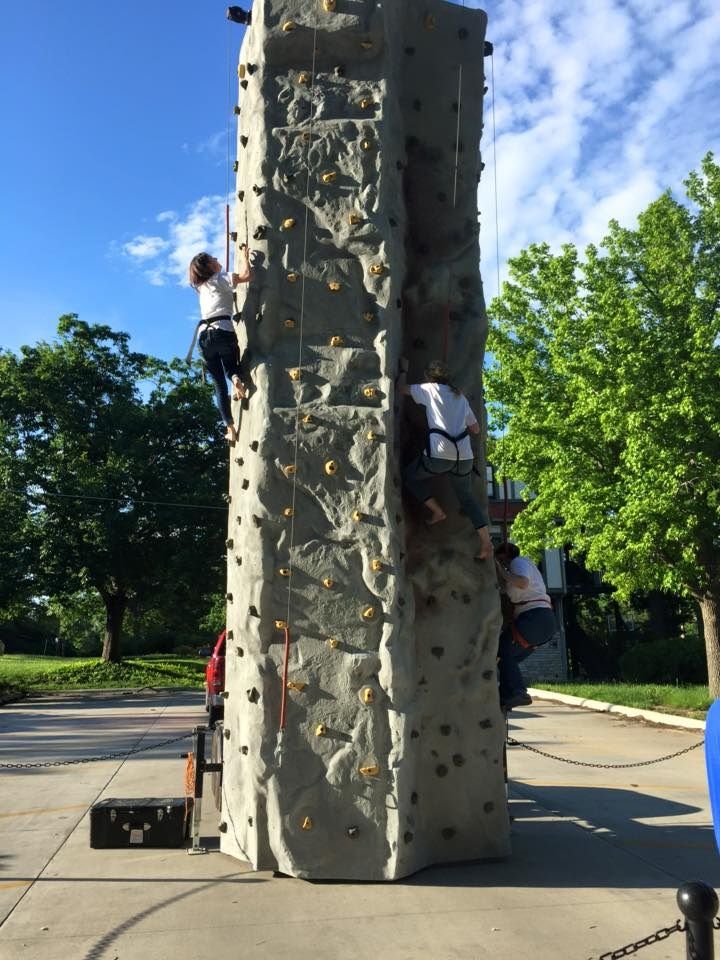 Our daughter is in charge of VBS, this year, at the church. For the first night, she had arranged to have a 24 FT rock climbing wall set up in the church parking lot. We went over to watch the kids on the wall.
The company that owns the wall provided two "techs" with the rental. They would harness the kids and make sure everyone stayed safe. The youngest allowed on the wall were 1st graders... 5 and 6 year olds. Some of the adult sponsors also tried to climb the wall. There were buzzer buttons at the top that would sound a loud alarm for those who made it to the top.
The adults were the worst at going up the wall. The oldest kids, 5th & 6th graders were a mixed lot with few making it all the way up. The 1st graders were the amazing/surprising ones. These little tykes have no fear. Some of the little girls couldn't have weighed 50 pounds and went up the wall like spider monkeys. We "old folk", who were observing, were aghast at how these little, little kids scaled this wall that many adults couldn't make it 10 FT up.
The church Facebook page lit up with kids and parents excited about how much fun it was.

Tonight's "activity" is a bicycle race. This company sets up stationary bikes in front of a large screen where it looks like you are riding off road. All the while you ride, the bike is mixing a milk shake. Once you get to the end of your ride, your milk shake is supposed to be done. Will be fun to see how that works.

There's about 70 kids enrolled in VBS. The daughter has worked hard for the past couple weeks putting this together. She's accomplished some really "interesting" activites, all either comp'd by the companies or paid for with donations. The pre-schoolers have bounce houses and other activites, if they are too young to participate in the more strenuous projects.

I thought you were going in this direction.

Article on BBV in SI