Yeah, right! "Short" is impossible for me when posting.

Wife had been suffering from some advancing neck pain for the past couple years. (She put up with this... ME... pain in the neck over 50 years. Had to get rid of one!) Found a great neurosurgeon about an hour and a half east of us. Surgery was scheduled for yesterday, 10/11. Had to make some trips over there to get various tests and x-rays before the surgery. Everything was set for early yesterday. We drove over and stayed in a hotel Sunday night so we wouldn't have an early morning drive in the dark, dodging deer.

Surgery was delayed a few hours from what we had originally been told. They took her into the OR about 1 p.m. Began surgery close to 2:00. Surgery went quick and doc called me in the waiting room about 3:30, telling me he had her sewed up and everything went great. I saw her in recovery only about 10 minutes before they moved her to a regular room.

Went in through the back of her neck and installed two screws and an iron bar to fix some problems between C2, C3, and C4 cervical vertebrae. She woke up in the recovery room and recognized me. Got her to her room... barely awake from the anesthetic and she knew her daughters and me and was talking a mile a minute. Said she was dizzy from the anesthetic. Jokes about being a "dizzy blonde".

So, she's waking up around 4:30 from surgery and wonders what's for supper! Ordered... and ate... salmon, mashed potatoes, and green beans for supper. I went back to the hotel and about 9 p.m., she called me to talk. Had a little rough night between oxy doses. I was at the hospital about 7 this morning. She had already ordered a two-egg omelet, bacon, and an English muffin for breakfast. Ate it all. Took about a two hour nap late morning. They got her up after lunch and she was walking and climbing stairs for the PT folks.

Brining her home tomorrow. Then the fun begins. Lots of work here at home, trying to get back some of the neck motion she lost over the past couple years. She's a trooper! Tough lady... all 100 pounds of her! Never have seen her eat that much!!!

That’s awesome mate. it’s so difficult to ensure a fast recovery after such a surgery

That’s great news! Good luck to you both, but mostly her at this time! Be nice to her you old fart!!
OP

These are the things that make us realize just how blessed/lucky we are. Both daughters took off work and have been there all the time... switching off and giving support. Wife's "coffee girls" required me to have them on a group text and keep them updated, almost hour to hour. These ladies have been so supportive of their "friend". Calls from my geezer golf group guys asking how things went. We take so much for granted in our lives and often takes a speed bump to wake you up to the support one really has.
OP 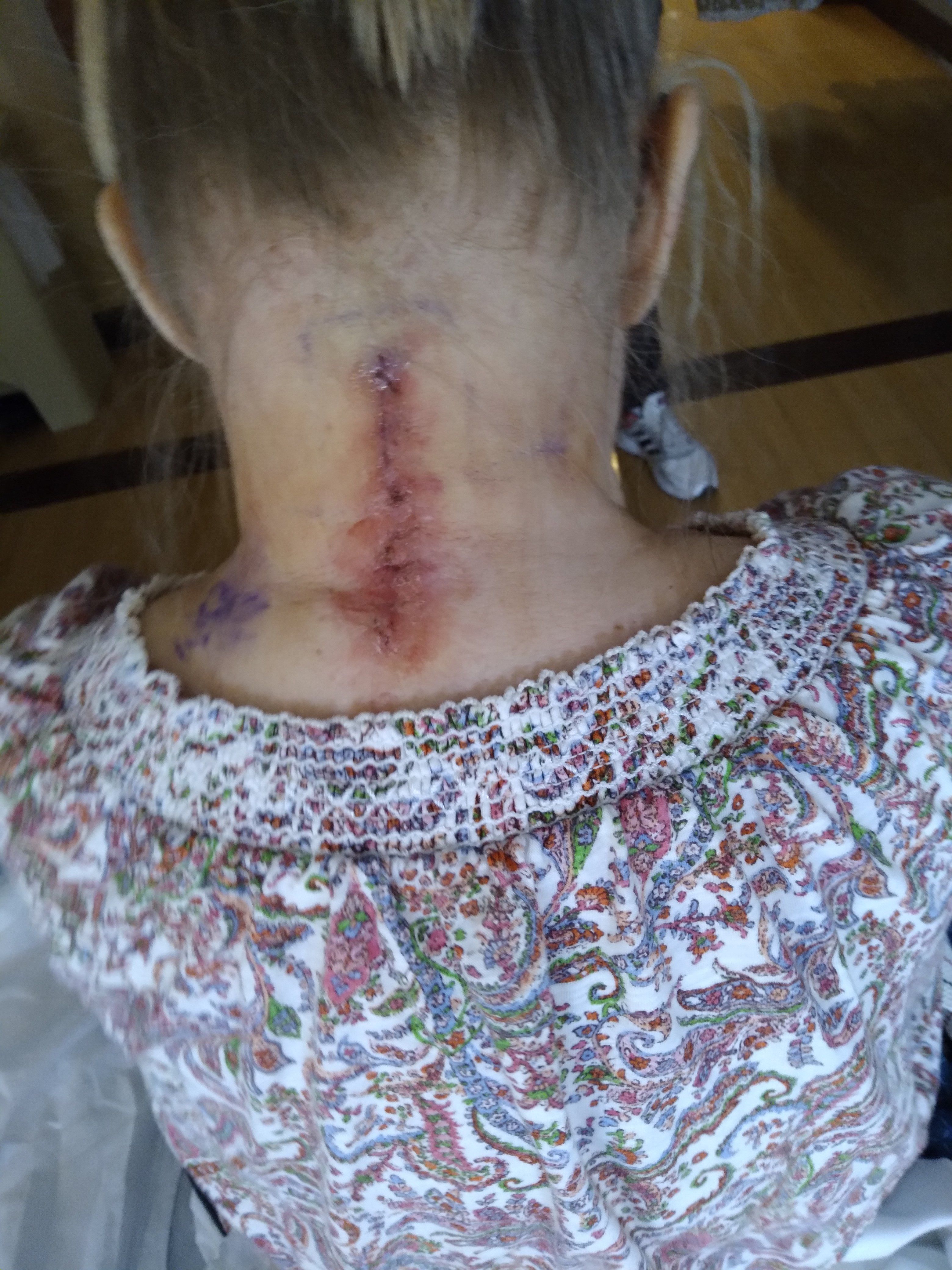 So glad to hear all went well limp.. Pretty soon you'll be so bad on the course even I can beat you LOL.

She had the surgery a week ago Monday. Brought her home from the hospital a week ago today. Doc sent a prescription for one week's worth of Oxycontin, telling us if she needed more to let them know. Last Thursday, she took 5mg Oxy before bed to sleep. Has not had any pain meds... even Tylenol... since. This lady says having kids was a lot worse than neck surgery!!! :>) Asked her if I could sell the Oxy that is left and buy new golf clubs. She vetoed that idea!!!!!

Glad it went well Limp! Let us know how her recovery continues.

I just had a nerve ablation 2 weeks ago. They fry the roots of pain-sensing nerves with radio-frequency heat. Supposed to give me a few years of relief from arthritic-aggravated nerves. We'll see.

That is great news Limp!
OP

Post op follow up last Friday with the surgeon's PA. X-rays at that time. She now has a picture on her phone of her screws and metal plate in her neck. Back to driving, etc. Will be beginning physical therapy in an attempt to get more motion back.

Further proving that a lifetime with you has made that lady invincible!
OP

MCDavis said:
Further proving that a lifetime with you has made that lady invincible!
Click to expand...

She's a keeper! Patient, resilient, beautiful, and probably out of her mind to have put up with me for 55 years!!!!!!
You must log in or register to reply here.

Some days can be awfully rough....

Don't try this at home.