I will apologize in advance; because I know this post will get long and rambling...too much to tell for it to be otherwise. I will forgo proper grammar in the interest of brevity whenever possible. 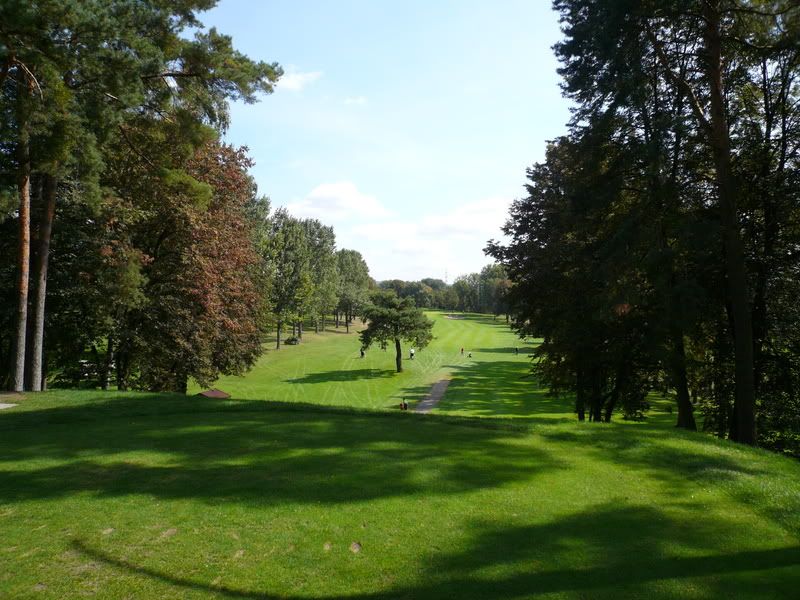 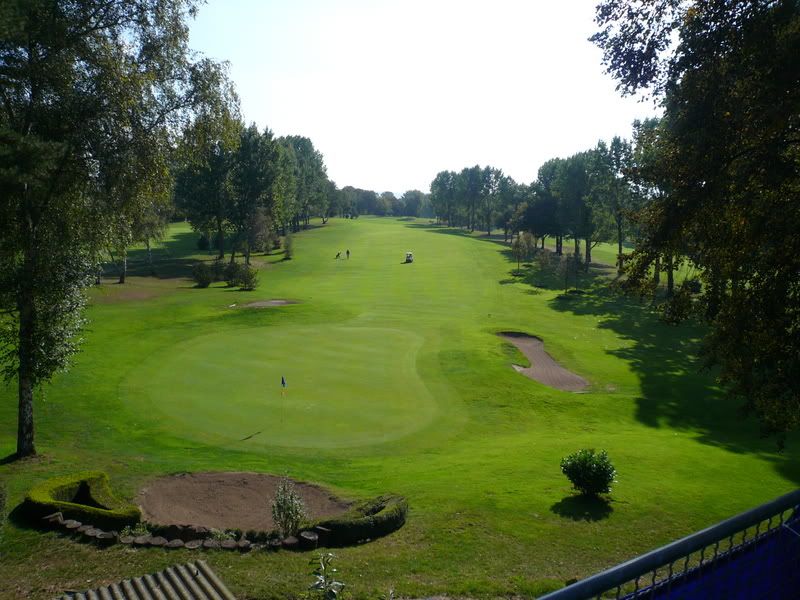 Flew into Prestwick, Scotland on 17 Sep. Rented car and found a hotel in Monkton. The Manor Park Hotel was our first night's lodging in Scotland. 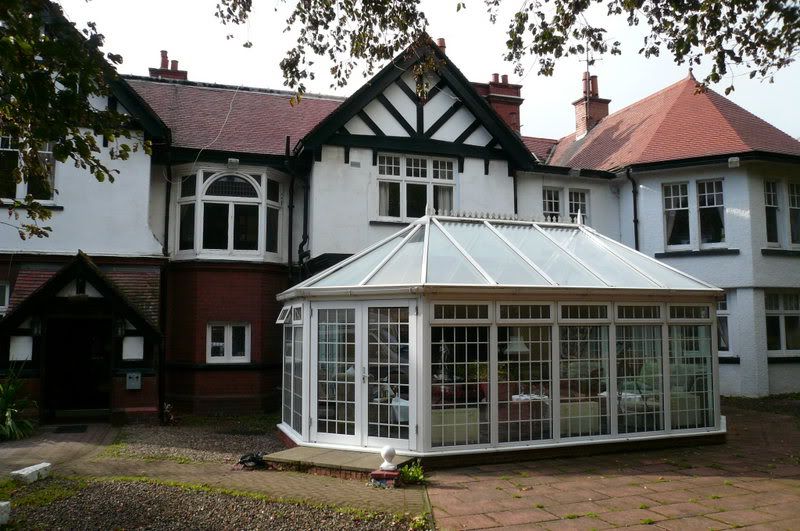 Checked in about 9PM and the night manager and bartender immediately made an extra effort to help a couple of "Yanks". Raymond (night manager), printed pages of info from the computer of recommended golf courses and spent a couple of hours discussing the merits and shortcomings of each one. We mentioned that we needed to play courses with rental clubs; and Jim Stuart (bartender) volunteered to loan us his clubs for the week. I was and still am astounded by this act of graciousness...had only met him 30 minutes before the offer. Two strangers from a different country, leaving the next morning to go God knows where in Scotland; and he says, "Take my clubs with you, I won't be using them this week".

Departed the next morning for the Eastern Coast with Jim's clubs in the back seat. Visited Royal Troon briefly before leaving; but decided not to play there when we were quoted 220 Pounds Sterling ($440) green fees for each player. Trolly and or buggy would have been at additional cost. Royal Troon clubhouse is shown in pic below. 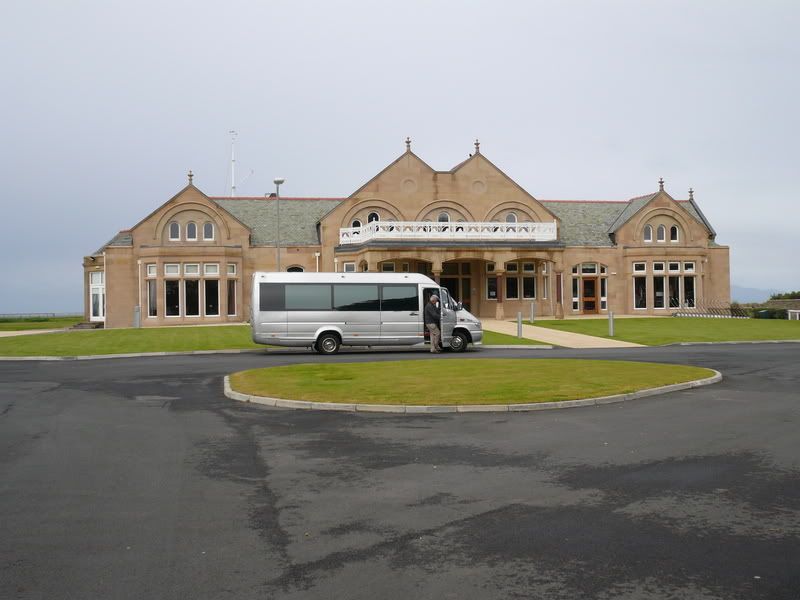 Arrived at a small town called Upper Largo, in the Kingdom of Fife about 5PM. Decided to stay overnight here on a whim. Our original home is Clearwater, FL and the small town of Largo, Fl is about 2 miles south. We had a chuckle about traveling 5,000 miles to spend the night in another Largo. Checked into the Upper Largo Hotel and inquired about golf courses in the immediate area. The manager recommended his home course which was only about 5 miles from the hotel. When we asked him if they had rental clubs, he said, "No need for that...use my clubs, I'm not playing tomorrow". Wow, that's two for two on total strangers offering to loan us their clubs. We played his course the next day. It is a parkland course called Charlton Golf Club. Nice course and relatively inexpensive for Scotland...15 pounds sterling ($30) for green fees and another 15 pounds for a cart. As a newer course, it obviously isn't steeped in history like the older courses; however, the owner is quick to point out that President George Bush (senior) was present for opening day in the early nineties. 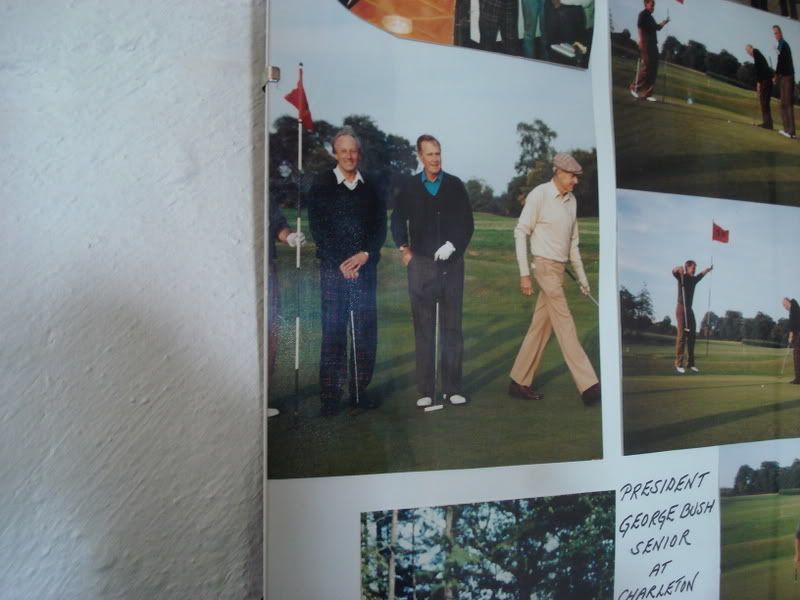 Interesting little sidelight here. My buddy and I play from the white tees at home, so we played the whites there. Later we discovered that the whites are "Medalist Tees" in Scotland and we should have played from the yellow tees. We didn't see this sign in the clubhouse until after the fact. 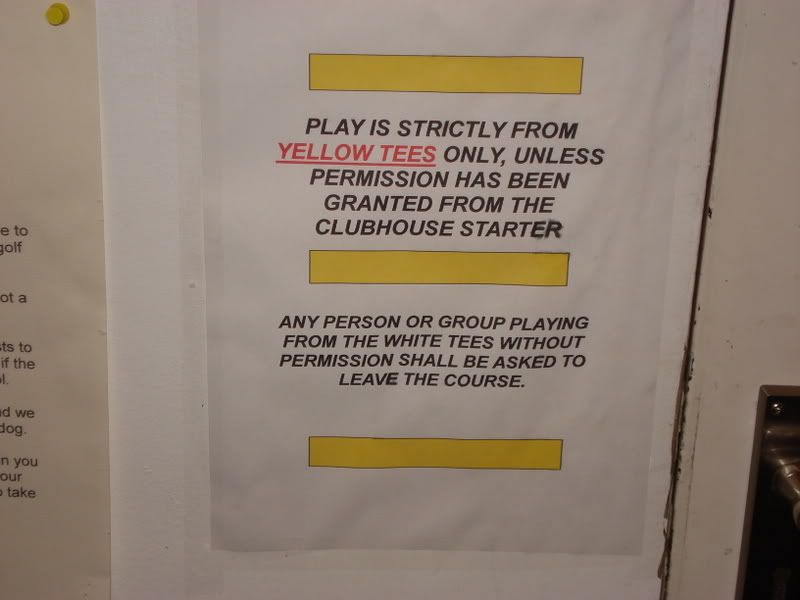 In retrospect, the yellow's would have been a better choice for us. The photo below shows the tee shot from the whites on one of the holes. 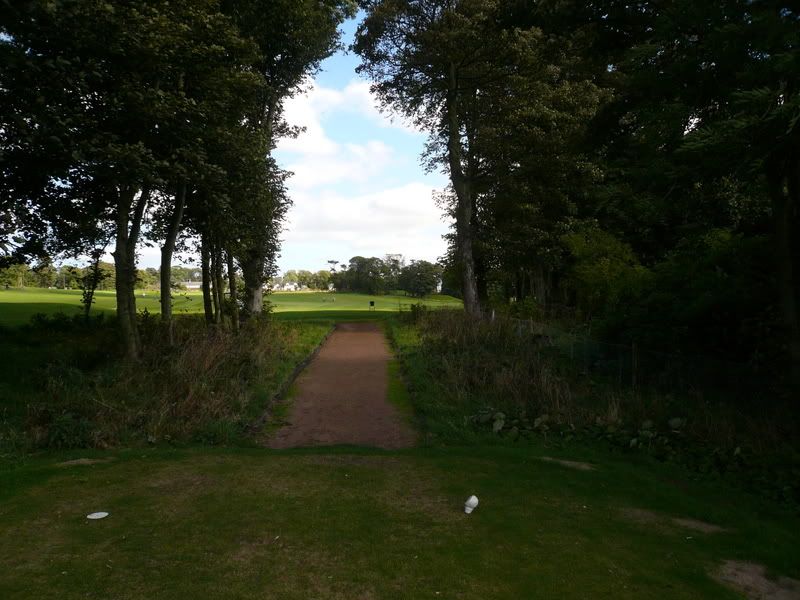 Another view of the course at Charleton Golf Club. The house in the background is not the clubhouse...it is the private home of the course owner. 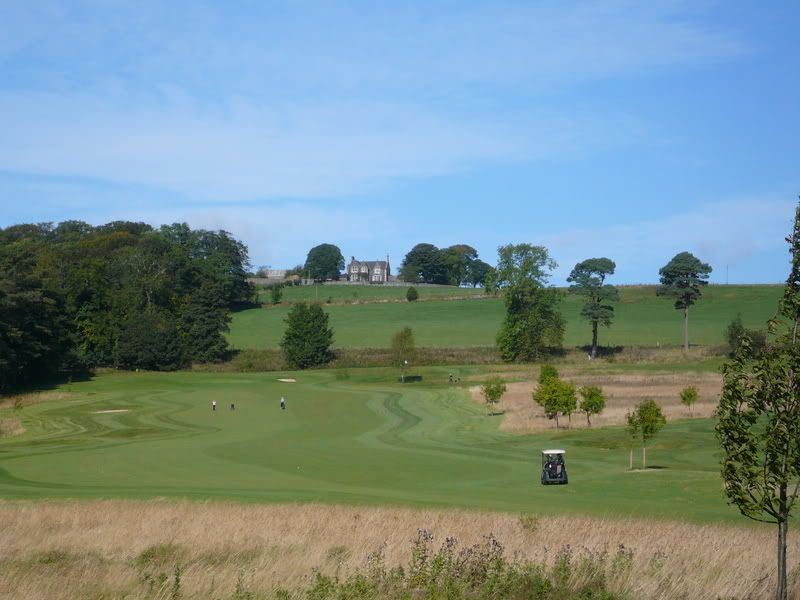 Not sure how many pics one post can handle, so I will cut this one off for the night and do a continuation tomorrow.

Looks like you had a great time, please continue with the story & pics when you get time.

So far, so good. Great to hear that there are still some gracious and trusting people in the world. Although I suspect that yours is a case of graciousness rewarded. Looking forward to more pics and details.

Only a couple pics showing up.

Yeah, I can't see much either.

warbirdlover said:
Only a couple pics showing up.
Click to expand...

JEFF4i said:
Yeah, I can't see much either.

Not sure what's happening with the pics on your end. I've got 8 of them in the post and they seem to be showing up fine when I open the thread.

They are hosted through Photobucket.

EDIT: Problem should be corrected now.
You must log in or register to reply here.