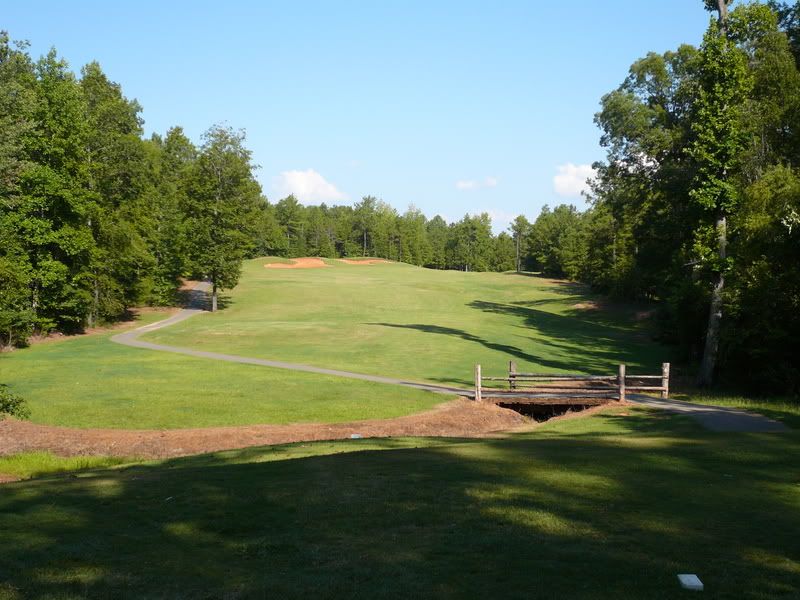 Above picture is viewed from the white tee box. Bunkers are at a distance of 260 yards and positioned about where the 30* dogleg right begins. The fairway is fairly level from center to left side but falls off sharply to the right of center. If you try to hold your tee shot left of center, the big trees extending into the fairway can (and often do) come into play. The bunkers are not a problem for someone with an anemic tee shot such as mine; but the longer hitters must take them into consideration. If your tee shot ends up in the gully to the right of the fairway, you will have to contend with the point of trees at the dogleg for your second shot. 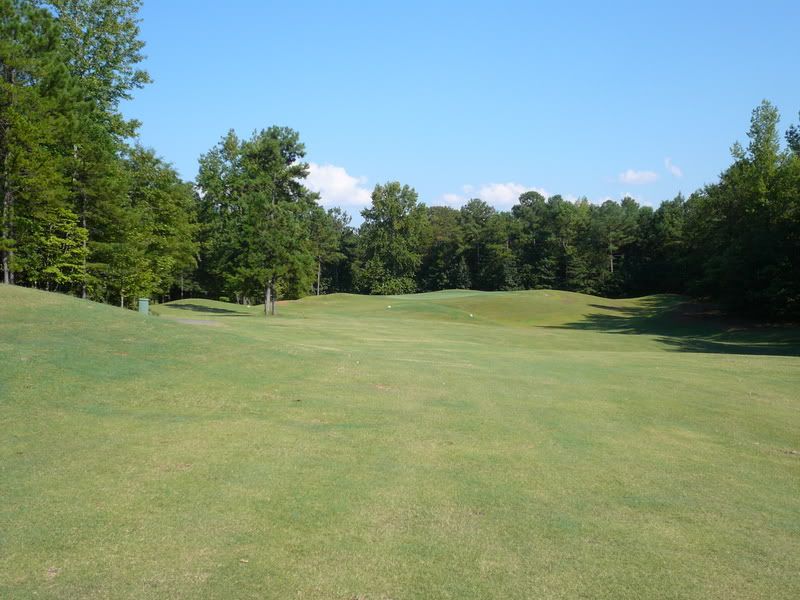 This picture is taken from the area where the dogleg right turns toward the green. The bunkers shown in the first picture are located to the left rear of where I am standing while taking the picture. The distance from here to the green is roughly 165 yards. The fairway is undulating from this point to the green and falls off sharply to the right side. The green is elevated and falls off steeply on the back side. If you are long here, you will end up in the woods behind the green.

Hole #14, often referred to locally as the "Three Lake Hole". Par 4, 412 yards from the white tees. The green is shown just over the second body of water. Sixth most difficult hole on the course. 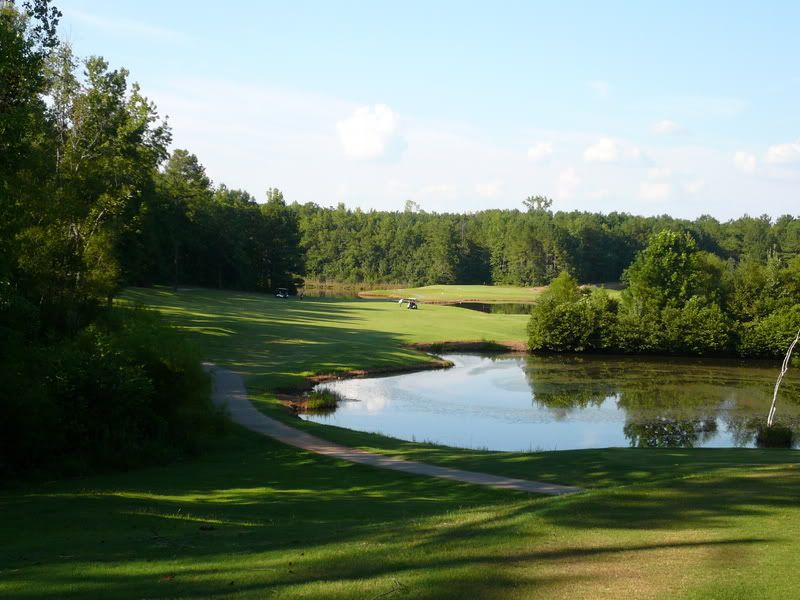 Above view is from the white tee box. There are three separate bodies of water on this hole. The one in the foreground is not normally a problem to carry. There is a larger lake on the right side of the picture that can be a definite problem...usually, but not always, on the second shot. The third lake which can barely be seen in this picture is straight ahead between the two golf carts in the picture. The cart path crosses between the last two lakes on a narrow strip of land toward the green. The golfers in this picture are preparing to hit their second shot to the green...hopefully. 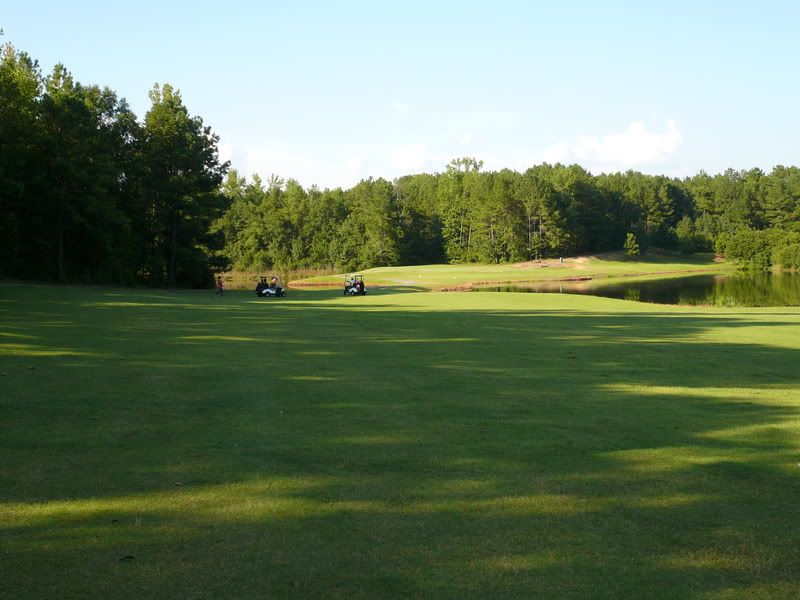 This picture is a view of what you face for your second shot for GIR. The distance from here is about 180 yards. You can see the third lake better on the left side of this picture. Notice that the golfer on the left has chosen to lay up his second shot instead of going for the green. Even with a good tee shot, the water tends to make the second shot fairly intimidating. 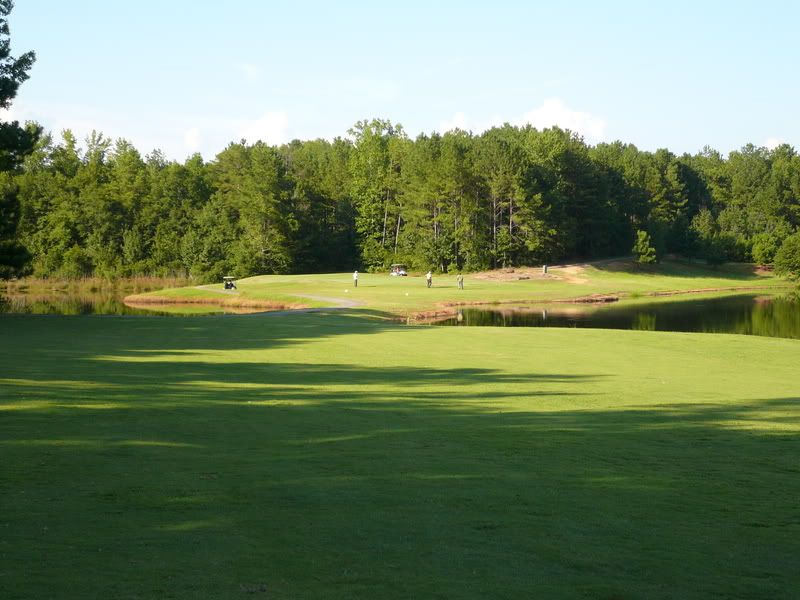 This is just another look at the green from a closer perspective. Notice that the woods are fairly close behind the green, so carrying the water is only part of the problem.
You must log in or register to reply here.