Bridgestone is happy to sell tires In Saudi Arabia. Mastercard is widely accepted in Saudi Arabia. The hypocrisy is alive and well.
And Phil’s KPMG ? Hit with millions in fines for shady business practices

Nikonut said:
Bridgestone is happy to sell tires In Saudi Arabia. Mastercard is widely accepted in Saudi Arabia. The hypocrisy is alive and well.
And Phil’s KPMG ? Hit with millions in fines for shady business practices
Click to expand...

The world is an awfully shady place, if you take the time to look into things. Like was mentioned with the membership of Augusta...

TEA Time said:
I think it's a flash in the pan
Click to expand...

It will be. Some guys are going to pick up a lot of money in the short term, and eventually the PGA will take them back.
OP

I think the PGA Tour needs to figure it out sooner rather than later. LIV is only getting stronger by the day and is sitting on an endless pile of cash. The majors, Ryder Cup, and President’s cup are going to be diluted if they continue to banish players.

TEA Time said:
Henrik Stenson was just stripped of his Ryder Cup captaincy because he joined LIV
Click to expand...

Well of course, because he's not as qualified as he was before. 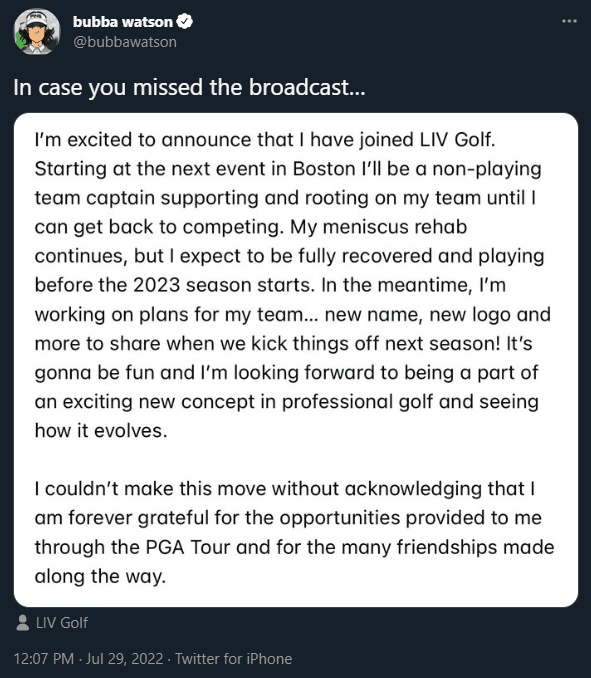 There is a weird curiosity, I’m almost tempted to go to the Boston event, it’s only like 30 minutes from my house in Bolton, MA.
Also that course is nuts, it used to be the longest golf course in the US. 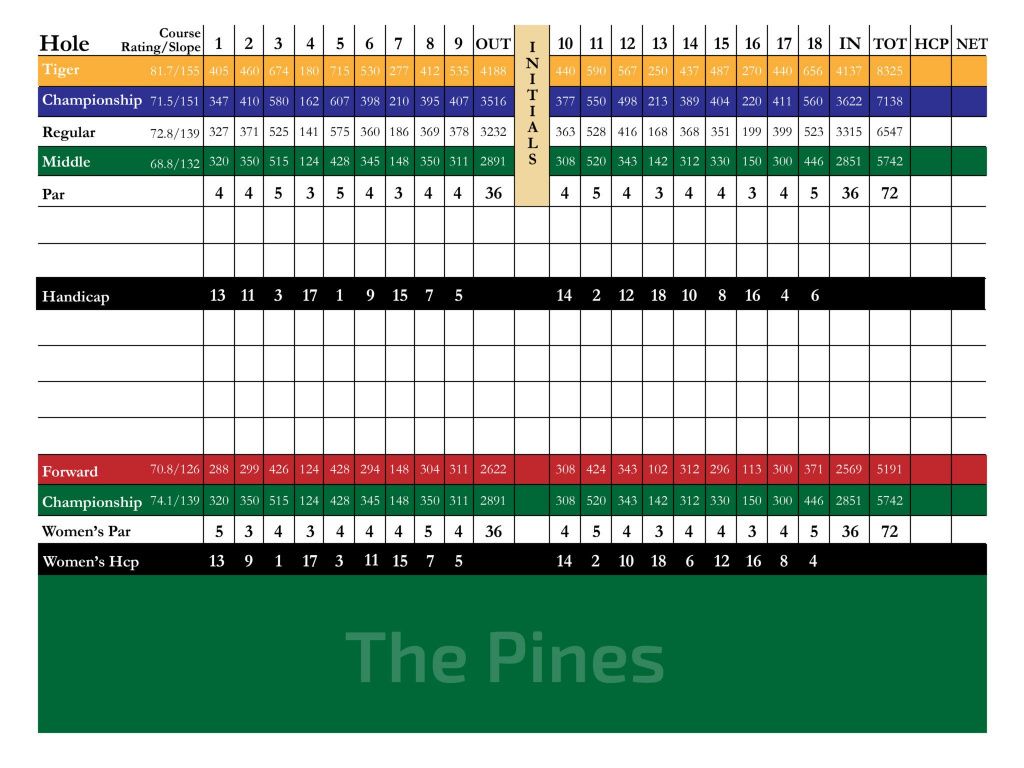 Yeah it’s absolutely nuts. I played there once in a scramble about 3 or 4 years ago and we were playing it from the “regular” tees at 6500 yards, it was insane to just turn around on every tee and see the back tees nearly 150 yards away, and some even more like 200 yards away. A very playable course though, and it sets up well for people who are accurate off the tee. Even from the “championship” tees the yardages don’t really scare me that much, and with how the bunkers and stuff are I don’t think I would struggle too much.

Now filing a lawsuit to come back and play on the Tour?? Are these guys seriously expecting to be welcome back with open arms? Like Jeez, Phil is making himself look like a full blown ass clown!! It’s pretty clear Dechambeau always was one!

At least they're starting to tell the truth 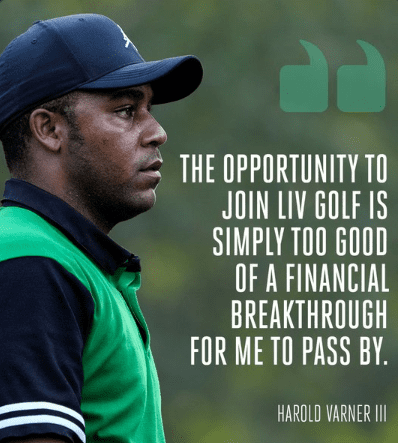 Tiger and Rory should be thanking Phil. He was the first big name to go LIV and start pulling players to the tour. Now that the PGA Tour is panicking a bit, they are going to do a lot of the things Phil was asking them to do and open up the purse strings for the top players. If they had done that right off the bat, none of the big names would have gone LIV. The PGA Tour’s refusal to think the LIV could compete for their players has weakened the PGA Tour.

At the end of the day, Phil is making the upper echelon of PGA Tour players lives better by going LIV, but they still criticize him for doing so.
You must log in or register to reply here.

A Quandry of Sorts...