eclark53520 said:
Well, it depends on what we can find used. But we're going to be on bigger water(for around here). Fishing will be probably be 60ish percent of the usage, and the other 40% will be tubing/skiing/swimming/etc. So I'm planning on buying a Lund 1775 Impact. Maybe buy one new, but odds are I'll get one a few models old to save a few bucks.
Click to expand...

Have a good one, WBL 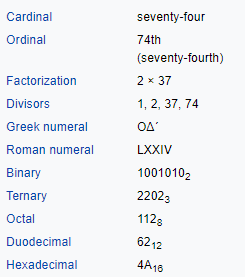 Hey TEA, better watch out. I'm coming to Portland at the end of the month.
OP

Sweet! We should meet up, hit some balls, pound some beers, stagger into a roadside ditch, wake up in an ice bath with a missing kidney... just spitballin' here...

TEA Time said:
Sweet! We should meet up, hit some balls, pound some beers, stagger into a roadside ditch, wake up in an ice bath with a missing kidney... just spitballin' here...
Click to expand...

TEA Time said:
Sweet! We should meet up, hit some balls, pound some beers, stagger into a roadside ditch, wake up in an ice bath with a missing kidney... just spitballin' here...
Click to expand...

We're flying into Seattle Thursday night the 24th and will stay 2 nights. We're taking Amtrak to Portland Saturday afternoon and will stay until Tuesday.

So, my wife's grandmother sadly passed a while ago(she was 95). She had bought a new Chevy Cruise back in 2013 and put a whopping 10k miles on it in the last 9 years. They called us and asked if my we would like to buy it for my daughter Aria since she's going to be getting her license in July. Since it was sentimental, they wanted it to go to someone in the family. Only problem is they live in Buffalo New York and we live in Wisconsin. Well, we paid for it back in 2020, but because of you know what and required quarantine stuff in New York...we waited until this last weekend to go get the vehicle.

Door to door, it's 1350 miles. My plan was to make it out to Buffalo, grab the car, start heading back and sleep when we got tired. Well, we never got tired so we just kept driving. I left at 4AM Saturday and got home at 3:30AM on Sunday. 1350 miles in under 24 hours. Luckily I have an uncle that is an ex truck driver, so we tag teamed the drive out there and I followed him home.

Also...unknown to me until I got on the interstate on my way home in New York, this Cruise wasn't equipped with cruise control. What a miserable ride home lol.

While I was gone my oldest son was at a baseball tournament on Saturday. Won the first two games 20-2, then the championship game was against their arch rivals. Whom they have only beat once in the 8 games they have played. My son hit a 3 run homer and they ended up winning the championship game 17-16 in spectacular fashion with a diving catch by our second baseman. Sad to miss it, but hearing his excitement over the phone was fun.

Good weekend for the fam.
OP

Most points and it's not even close, you guys 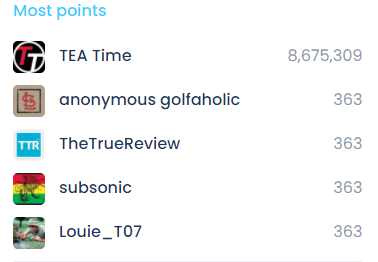 I have a feeling that it's rigged...

I can't prove it...but something's fishy.
You must log in or register to reply here.

The Bring 'em back alive thread
2 3

Another why I prefer this site
2