TL;DR - Well, no deer, but we had a great time out in the woods.

Opening morning was definitely our best chance, a nice 36º outside at 5:30AM when we started our short walk to the blind on my uncles farm. Settled in at about 5:50, season officially opened at 6:36. The whole time we sat there, racoons were screaming, growling and fighting over something about 50 yards to our east. Making all sorts of horrible noises in the pitch black.

Around 6:50 I heard a stick break off to our left, a place I couldn't see witht he blind set up the way it was. I scanned out the window and saw nothing so I got up to look out the window. As I'm up by the window, looking off to the left, I start scanning back in front of us....doe starring at me about 15 yards away....I have no idea where she came from. I froze, but she already knew something wasn't right. She blew twice but stayed in the area.

She left for a bit and I got Aria up and ready for a shot, the doe came back, and while we were watching her Aria says, 'Dad, there's something behind her, I think it's a buck'. I told her to quit talking and if the one she wants presents a good shot to take it. Unfortunately neither of them presented anything resembling a clear shot and worked their way off to the north. I attempted to grunt them back with no luck.

5 minutes or so later, another doe walks up basically right next to the blind. Maybe 8 feet away. good sized doe, but she caught movement and proceeded to blow at us for the next 5 minutes. She too stayed in the area though...we saw her a couple more times through the trees. She kept her distance.

We didn't see anything but squirrels, cats, raccoon, and opossum that afternoon. Always something moving, just never something we were looking to shoot.

Sunday morning again in the blind at about 5:52. Two doe meander through, again, too far into the woods to get a good shot, around 7:30. I asked her if she wanted to leave around 9, but she wanted to stay another hour or so. At 10 we took a walk around the woods to see if we could kick something up, no luck there either. 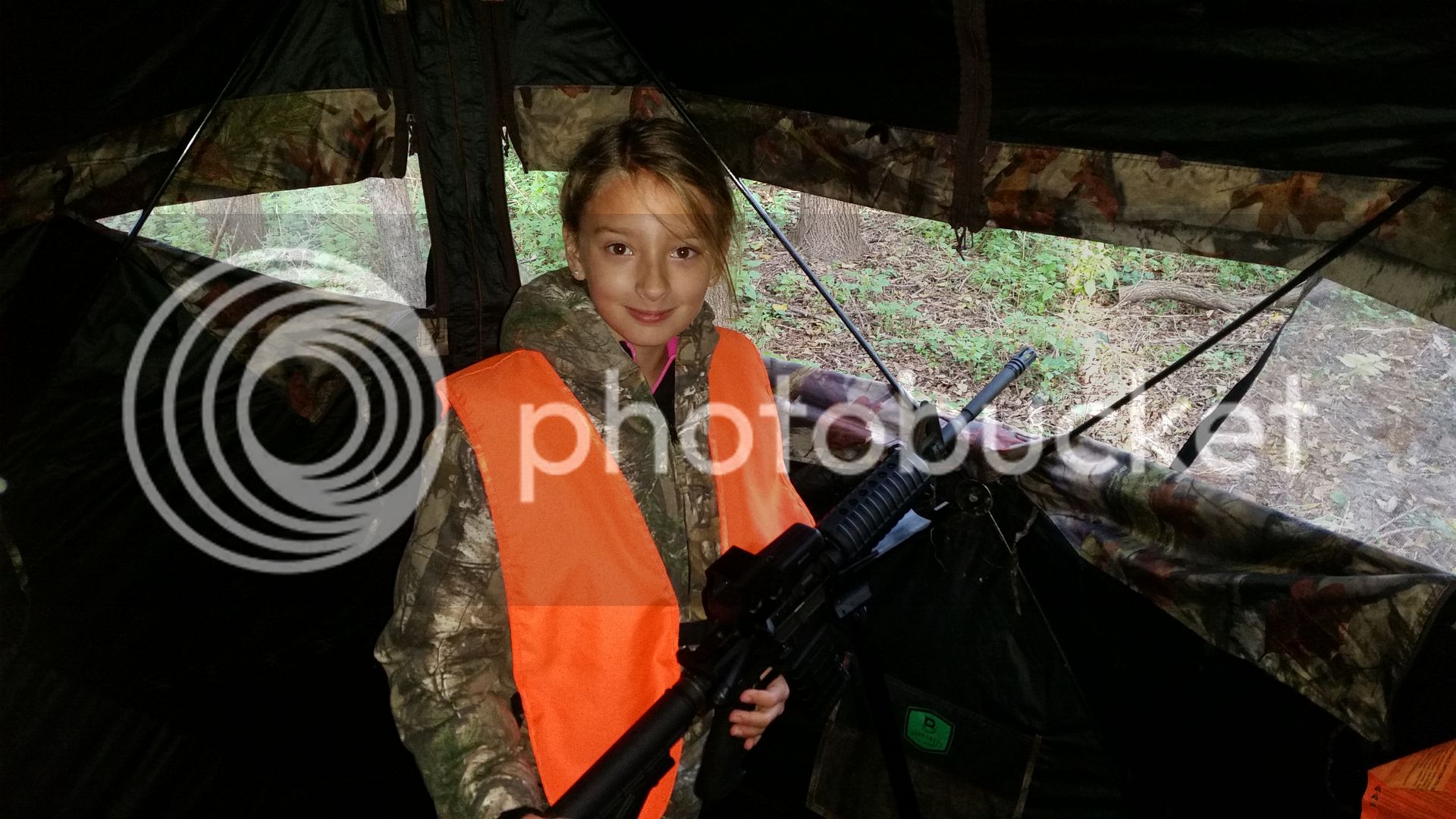 Some days can be awfully rough....

My most sincere and humblest of apologies....